I was quoted in the following article from the Korea Herald on October 29, 2012.

Last year saw the total number of foreign workers in Korea surpass 700,000 for the first time, a consequence of an ever-rising demand for foreign labor.

For many, Korea offers the chance to earn a living and acquire new skills in an exciting new environment. For others, however, thriving in a work culture often vastly different from their own is a constant struggle.

One skilled worker from India found the rigid, hierarchal company culture at his workplace, one of the country’s biggest semiconductor makers, extremely difficult to deal with.

“It is very top-to-bottom-driven. You are supposed to be the ‘yes man.’ Especially if they (colleagues) are higher up in the rank, you cannot argue with them. If you argue with them, you are considered to be very rude or very inconsiderate,” said the former employee of six years who spoke on condition of anonymity. 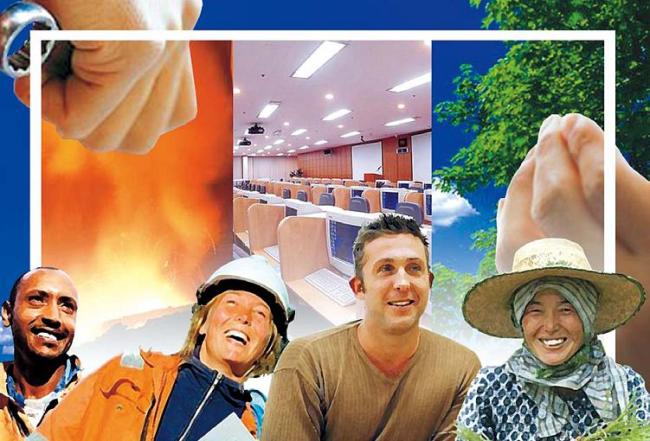 The top-down culture at the chaebol affiliate, described by the former employee as “dictatorial,” asserted itself when he went to make a complaint against his manager for demanding a share of extra earnings the employee had earned for in-company training. Rather than being approached from a neutral standpoint, his complaint was treated with bias by the human resources staffer responsible, he said.

“Instead of being a neutral body, she actually started taking sides with that local person and she actually tried to put me in a bad spot and made it look like I was making up something,” said the former employee.

Frustrated at the handling of his complaint and denied a meeting with his CEO, he attempted to contact the company head directly. But after sending his CEO an email, he found himself called into a meeting of senior human resources staff.

“That HR person explained very politely that I made a mistake as an expat to write an email directly to the CEO of the company. He said that this is not Korean culture … and that I should be extremely careful with my actions.”

In an email seen by The Korea Herald, an HR staffer at the company told the employee that legal action would be taken unless he stopped calling and emailing about “unreasonable matters.” The email referred to correspondence by the employee on two different dates about his grievances with the company.

He ran into further problems, he said, when he later began the process of leaving the company after six years there. His boss demanded to know what company he was going to work at before he would cooperate with arranging the paperwork for him to leave.

Contrary to the former chaebol worker’s experiences, however, Yi Seong-ok of Seoul Global Center said that the majority of problems foreign workers encounter are at small and medium-sized companies.

“The big companies take care of their own issues; also, there are experts to support employees,” said Yi, adding that non-payment of wages and industrial accidents were the most common issues brought to her attention.

“But at small and medium-sized companies there are no small special programs for employees and no special experts that can help employees.”

Yi added that many conflicts between employers and foreign employees are primarily failures of communication.

Steven Bammel, the creator of Korea Business Central, an information resource and support service for foreigners doing business here, said that non-payment of wages was the most common issue that he came across.

“The most common issue is probably non-payment of wages by institutes to their teachers,” said Bammel. “It’s probably not a frequent occurrence, but it does happen and I get contacted from time to time by folks needing interpreting or translation for such issues.”

Familiarization with the culture, however, goes a long way toward a smooth work life, he added.

“Foreigners who want to work or are working in a Korean workplace must understand Korean business culture and without that background, they are sure to cause offense, look silly and get frustrated,” said Bammel.